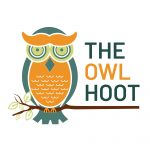 Nick Raimo is an electric vehicle specialist and host to the YouTube channel EV Nick.

In this episode, Nick covers:

Please rate and review this episode and why not share it with someone you think might enjoy it. To hear more stories of people doing fabulous things that positively impact our environment, click subscribe in your podcast app.